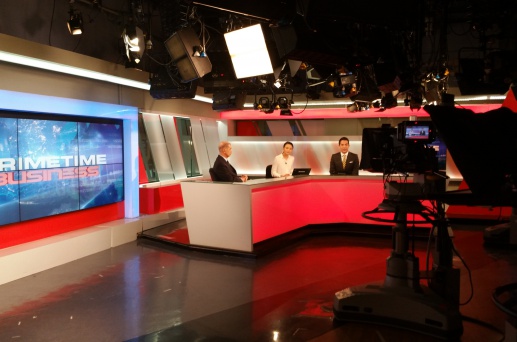 Former President Michel was interviewed in a live studio programme 'Prime Time Business' at the international TV network Channel NewsAsia studios in Singapore, on the topics of maritime governance and the Indian Ocean as a source of competition for world powers, including China and India. Mr. Michel also elaborated on the importance of the Blue Economy for island and coastal states as a means of ensuring economic prosperity and sustainable development.