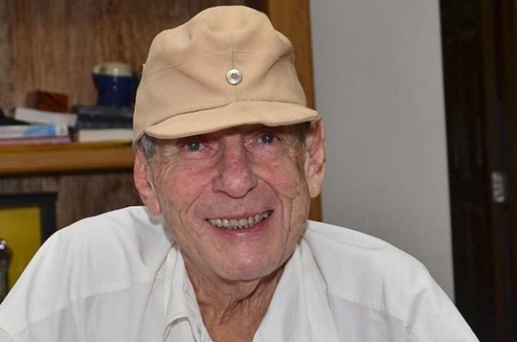 An icon of the Seychellois nation has passed away today, 27th February 2019.

A foremost son of Seychelles is no longer with us. An era has passed.

I join his family and the people of Seychelles in grieving the death of President France Albert René. His demise leaves a great void amongst us.

France Albert René was my mentor, my tutor and my inspiration. To him I owe my political career and experience. His were the hands that guided me through many tumultuous years and helped me surmount countless obstacles. He gave me confidence and faith in myself. He helped forge my principles and beliefs to which I have remained true and faithful to this day.

To quote a great and accomplished man of the 17th century, enshrined in History, "If I have seen further, it is by standing upon the shoulders of giants". Giants such as France Albert René.

France Albert René was an indomitable fighter. He believed in a society of social justice, of equality, of access to health, housing and education. He fought tirelessly against bigotry, racial division and hatred.

In the process, and throughout his work and presidency, he touched everyone of us – in one way or another. Acclaimed by many –including those far beyond the shores of our homeland – and reviled by some, France Albert René left no one indifferent to the man he was and to the principles he advocated. Principles which are at the core of human values and rights.

Regardless of one’s feelings towards him, his achievements far outweighed any shortcomings that, as any human being, he may have had.

France Albert René will be remembered as one of the founding fathers of the First Republic and the architect of the Second and Third Republic. In this regard, he will live on in our memories.

His lasting legacy will be that of a freedom fighter and a liberator. A compassionate and simple man, who shunned publicity, he fought passionately for the Independence of Seychelles and thereafter for our Liberation from the last vestiges of colonialism. He believed firmly in the unity of our brothers and sisters on the African continent, and in the universality of humankind. He never tired or failed to advocate those principles. And he gained the respect and admiration of many.

In this hour of national grief, let us pay our respects to this towering figure of our modern history and mourn him in peace and reverence.

I offer my deepest condolences to the family of President France Albert René and all their loved ones and pray that they be granted the courage to surmount their great loss.